A downloadable playable beta for Android

The armies of Marema have been left to die by their one-time allies, Garen. As PFC John Falk, you have volunteered to stay back and buy time for your CO, Sgt Luther Hackney, to escape the onslaught of mutated creatures from the Deadlands and warn Marema of Garen’s betrayal. Remember: Bravery is standing by your friends, even when you do not know the outcome. Courage is standing alone, when you know you have already lost. Hold off the enemy as long as you can, and become legend. This is your LAST STAND.

When Last Stand takes place, it is ten months since the start of The Reclamation, and John's squad has just been betrayed by Marema’s former allies, soldiers from the northern country of Garen. Beset on all sides by monsters and malfunctioning battle drones, PFC John Falk and Sgt. Luther Hackney are the last surviving members of Squad 4. With their vehicle disabled, John volunteers to stay behind so that Luther can (hopefully) make it back to the city of Coluna and report Garen's treachery. Will he make it? Or will John's sacrifice be for nothing? That remains to be seen...

Last Stand is a top-down, Action/Survival shooter in which the player must battle against endless waves of enemies in an effort to stay alive as long as possible. Players begin with only their trusty S9 Togusa between themselves and certain death, but Last Stand boasts a formidable array of weapons to choose from, each with its own rate of fire, damage potential, and reload time. John isn't completely alone in this battle, either. By racking up kills and completing waves, players can accrue currency known as Volts; spending these Volts will allow the player to spawn turrets and other useful gadgets to help John in his battle against the monstrous hordes of the Deadlands. 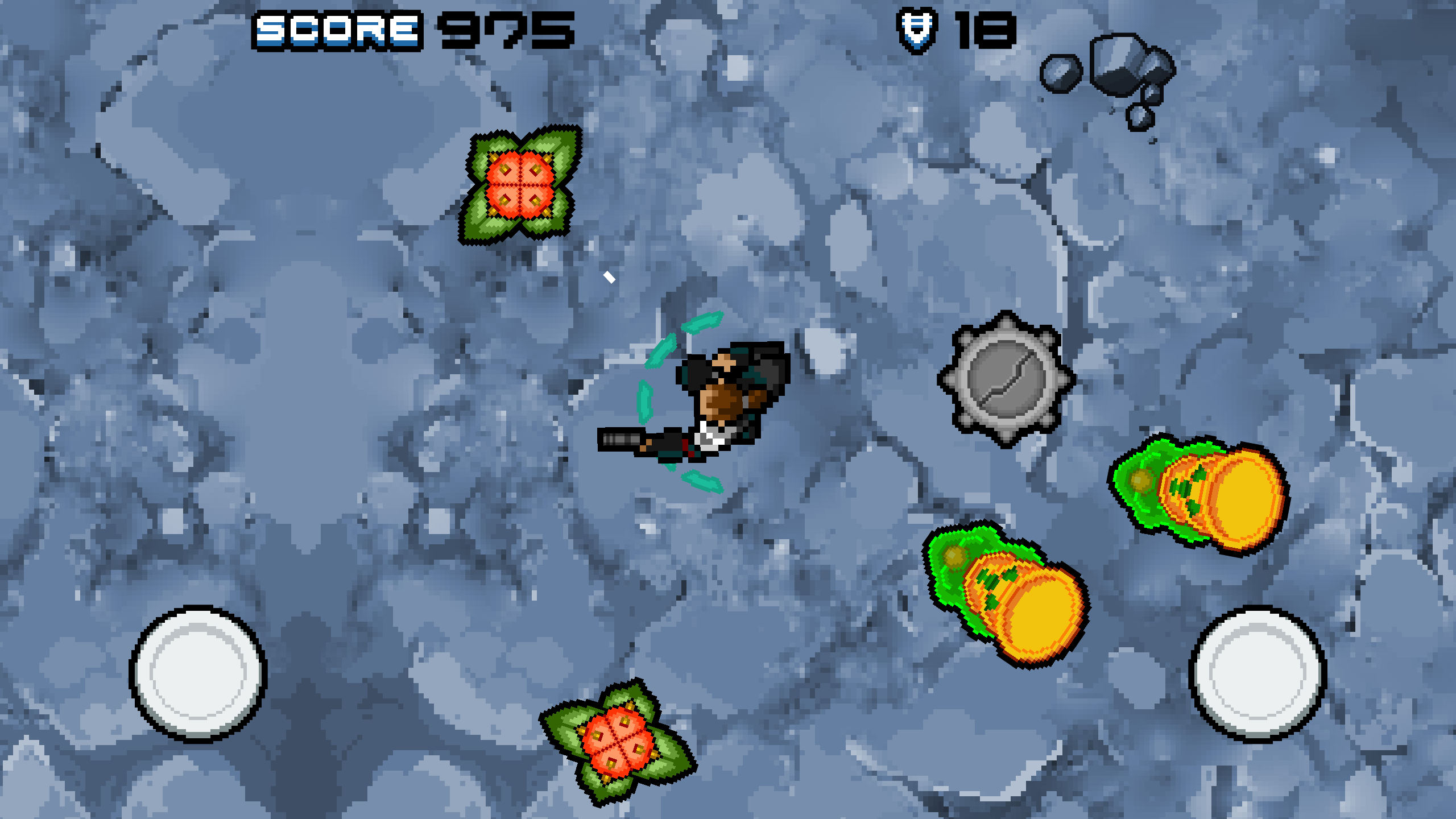 -Volts (currency) are tracked in the upper-right corner of the screen, and can be used to purchase ammunition and to deploy turrets. Volts are accrued by picking them up after defeating enemies, or by completing waves; the higher the wave, the more Volts you will earn for completion.
-Volts do not carry over into subsequent games 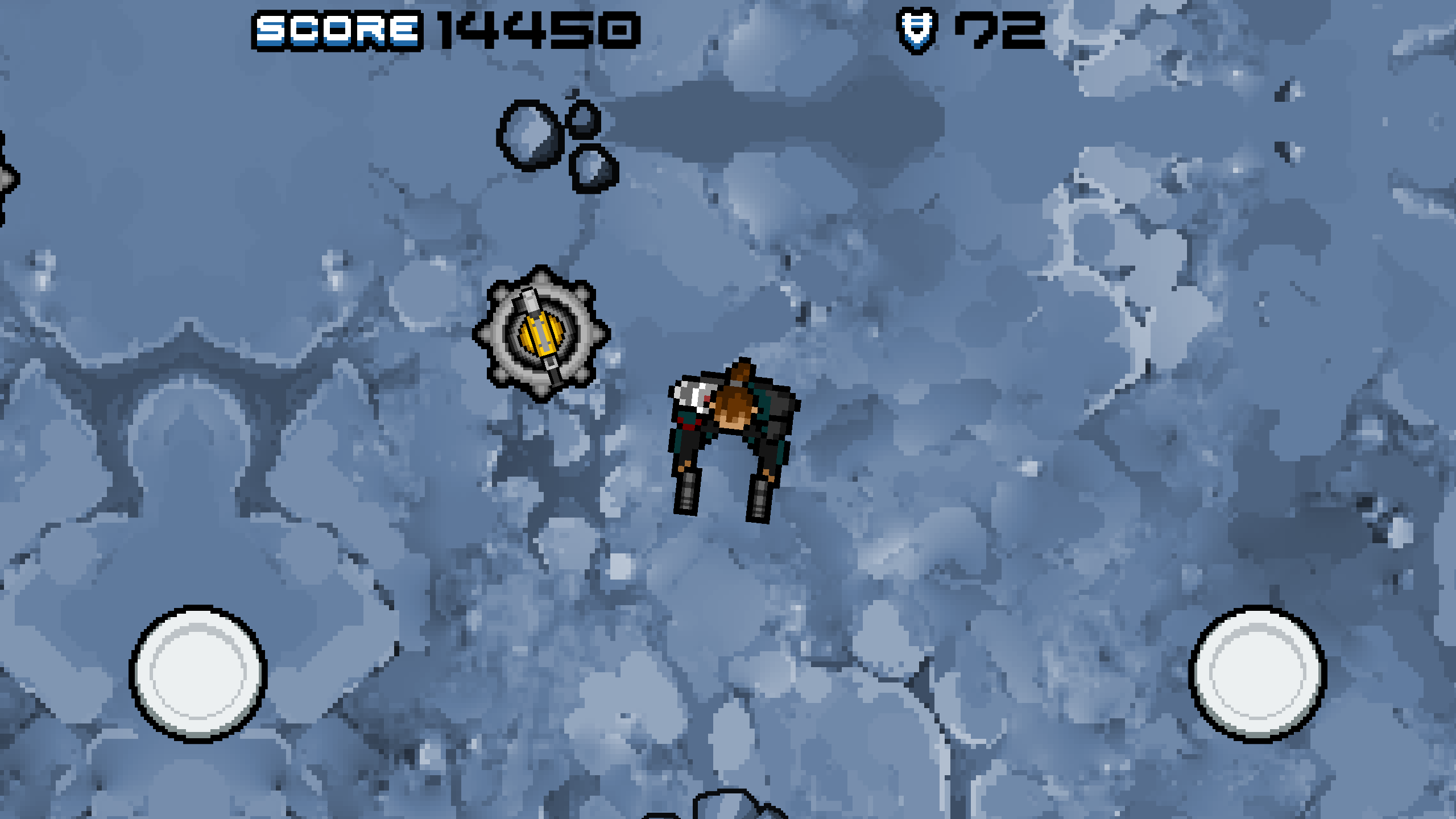 -Tapping on John will open the weapon menu, where players can equip unlocked weapons
-Locked weapons may be unlocked using Volts or by picking up ammo from defeated enemies
-Ammunition is limited for all weapons other than the S9 Togusa (pistol); additional ammo can be purchased using Volts by selecting the weapon in question on the menu
-Each weapon has its own attack speed, damage, and clip size…experiment to see what fits your play style best! 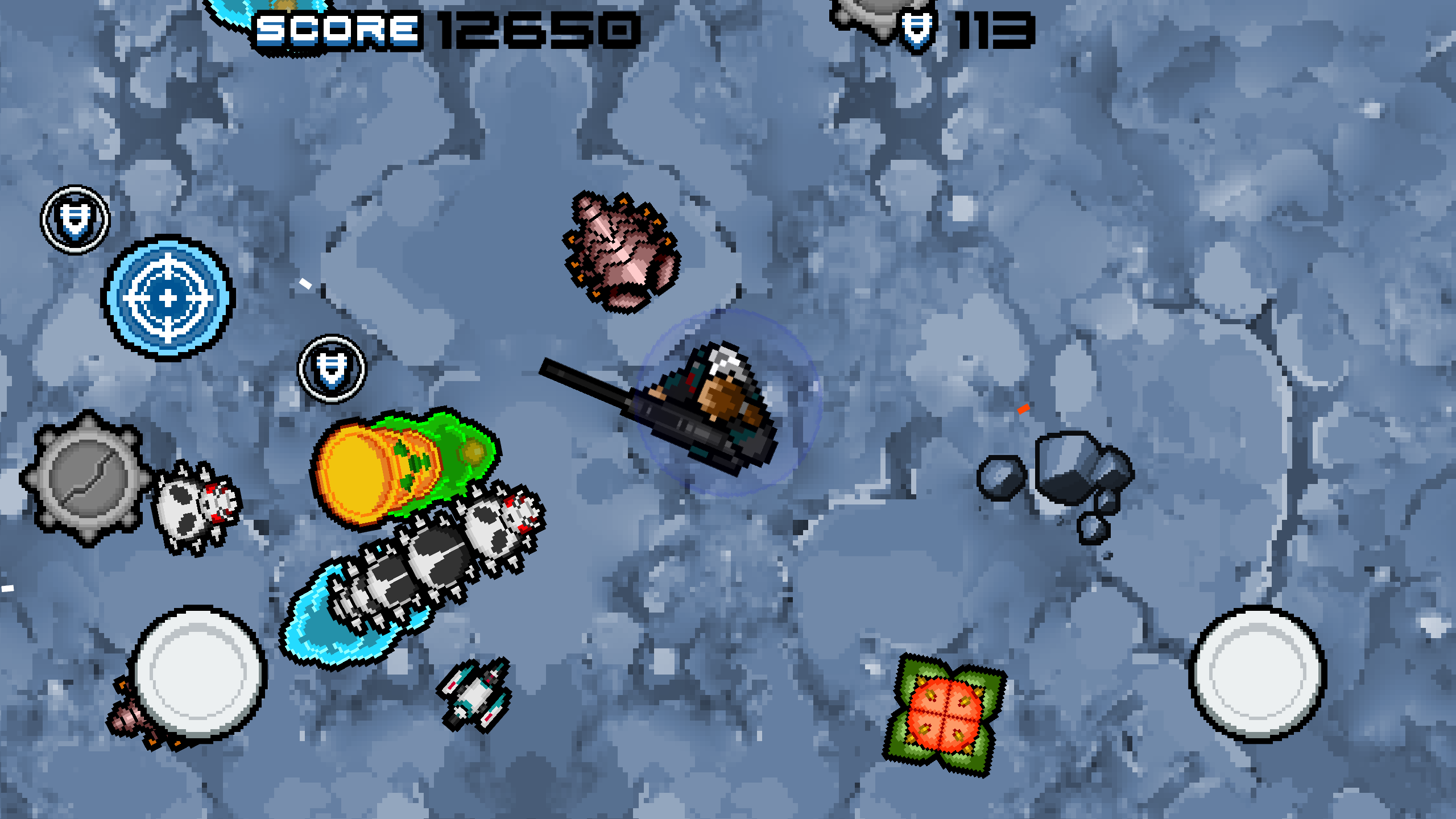 -Tapping on deployable pads will bring up the turret menu
-When selected, deployables will spawn on the pad and activate immediately
-Deployables have a limited duration and will despawn automatically
-Machine Gun (yellow) and Missile (Red) turrets will attack enemies within range
-Regeneration Fields (green) will slowly heal John while in range
-Gravity Generators (purple) will greatly reduce the speed of nearby enemies 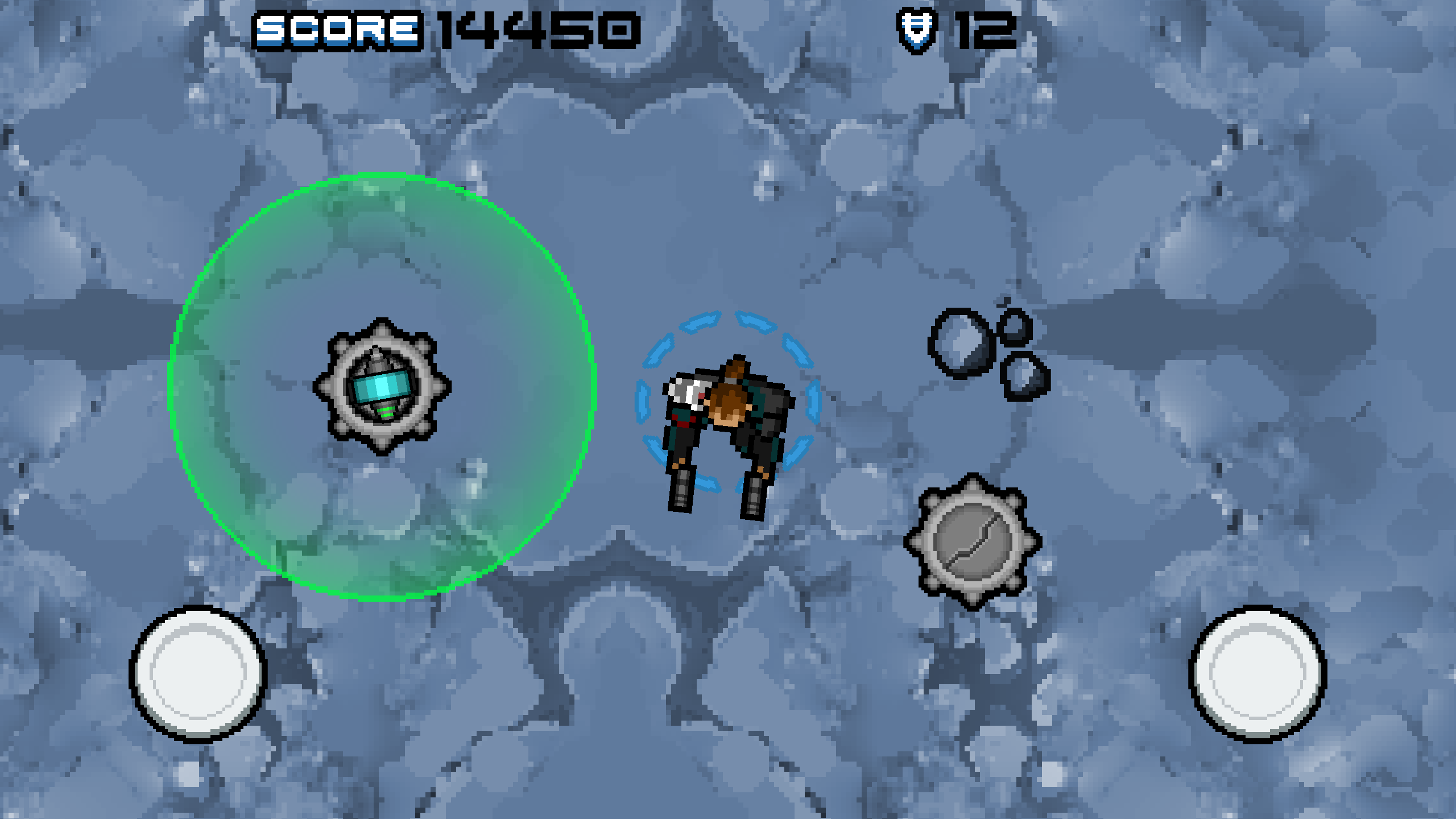 -Enemies will drop a number of useful items when slain
-Power-Ups come in three types: Attack-Up, Speed-Up, and Shield
-Medkits will heal John by a large percentage of his health
-Volts will be added to the player’s currency to allow the purchase of ammo and deployables
-Ammo will be added to the player’s available clips. Picking up ammunition for a locked weapon will unlock it. 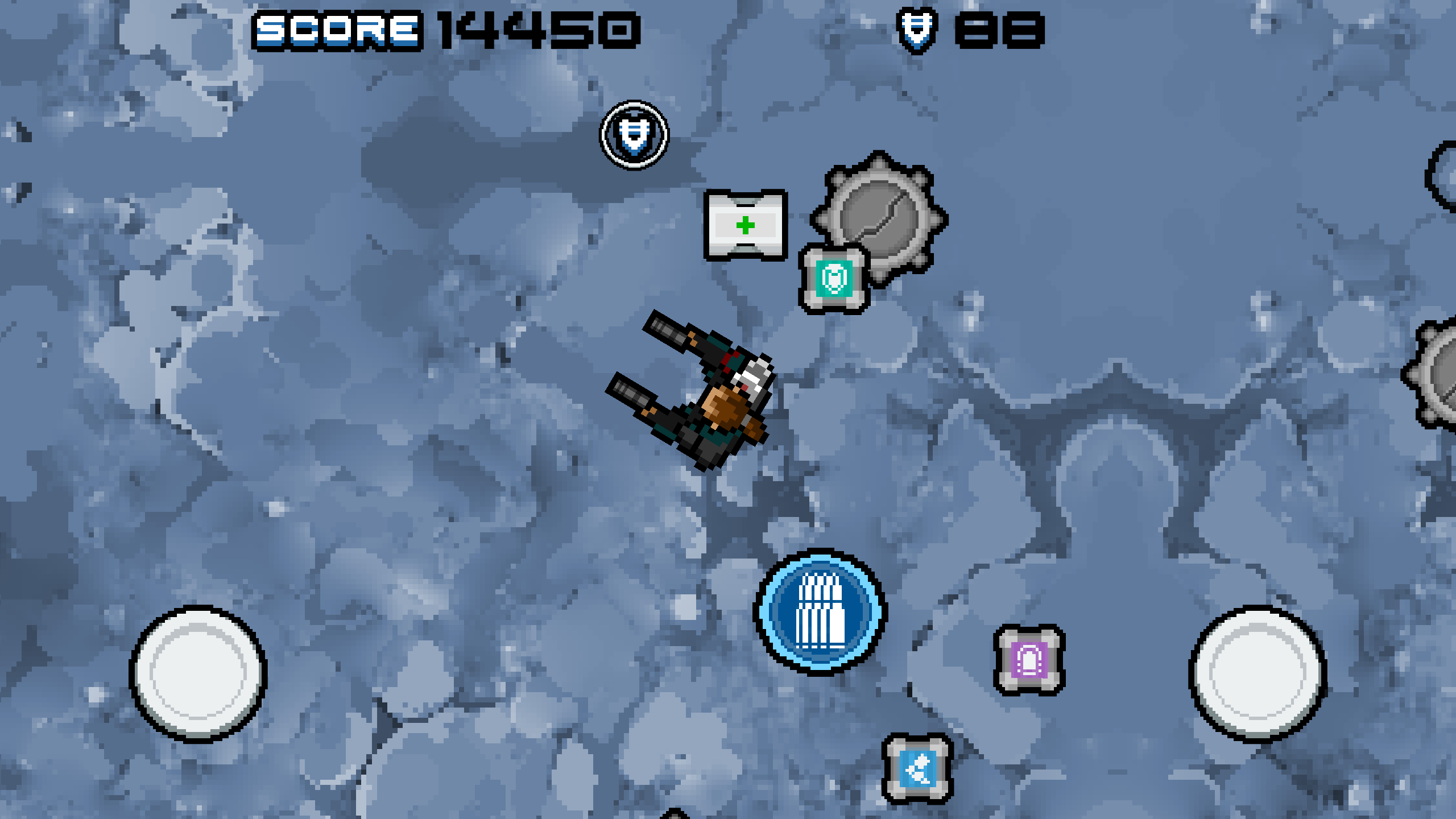 -Conserve your items! Consider leaving extra shields and medkits on the ground until you really need them!
-Can’t complete the wave you are on? Look around carefully…there may be an Antlion or a Bunyip lurking nearby!
-Spend those Volts! As you reach higher levels, the only way to survive will be through the careful use of deployables and high power firearms! 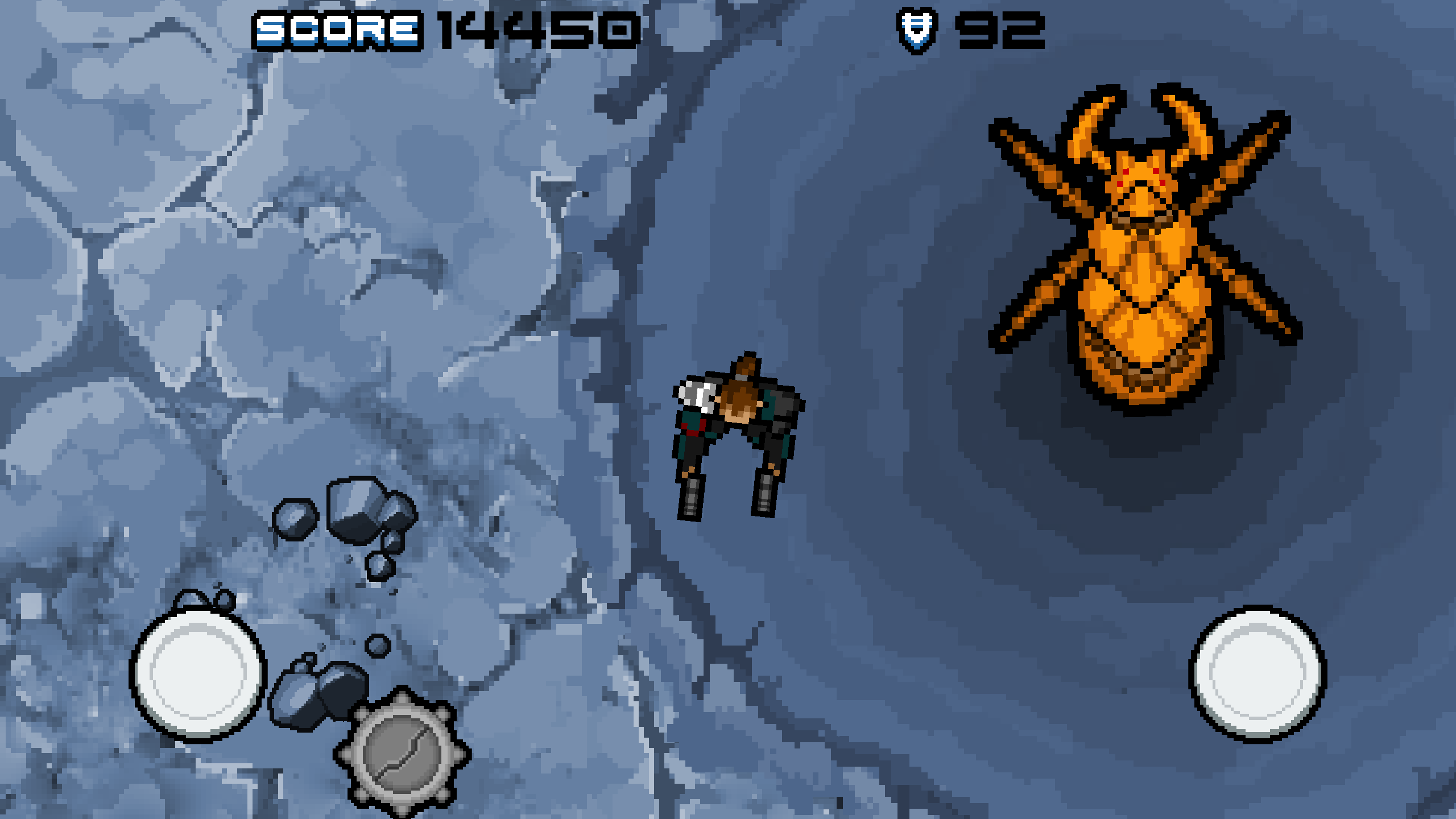 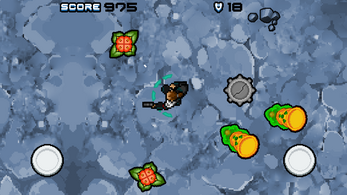 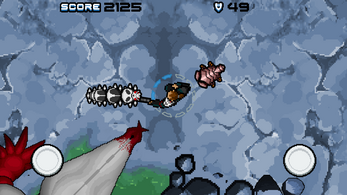 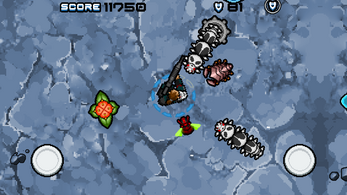